Thus far our new website design is a complete success.  Not only has it been getting praises across the boards ("It's about freakin time thems guys finally made a workin webosite.  I've been so lost as to where to gets my notrock shite.  Now I know where to find it like." - Ted Strandbunksky)  but it also has had our highest webtraffic to date.  In the month of January alone it has had a million visits! (figure rounded up to the nearest million) Records are flying off the shelves due to our new online store and everything else is just peachy keen.  Other than that there is not too much to report in the immediate NotRock family.  Insouciant and Please Exist continue to work on their upcoming records and so far each have one show this month.  Check their bandpages for the details.

Now that that's covered we'd like to refocus the rest of this month's post to tell you about some fantastic and important things that are going on with Mr. New Jersey's local music scene. First off, if you are not already aware of this you absolutely need to be.  Indie-Rock superstars Rabbit Troupe have released a new EP "Treasures Are Miniscule" and it will completely knock your  shoes, socks, anklets, and any other foot accessories you may be wearing, right off!  Treasures Are Miniscule is absolutely the Troupe's finest record to date and they could not have picked a more appropriate title for it.    6 tracks clocking in at under 15 minutes is pretty miniscule but there is no doubt that this EP is a treasure.  Troupe's song-crafting has never been finer, full of poppy hooks, beautiful vocal harmonies, and the most tasteful guitar leads this side of Weezer's Pinkerton.  The production has also matured by leaps and bounds since their last effort which only acts as the sweet, sweet icing on this cake.   It's hard to formulate in words the great feelings this record evokes in the listener so please do yourself a favor, trust me, and pick up a copy of the first truly great record of 2012.  Putting it simply: Treasures FUCKING ROCKS!  The next time there is a Pavement reunion they might be opening for Rabbit Troupe because clearly the new kings of indie rock have planted themselves on the throne.  Here's hoping they don't move from that spot anytime soon.  Check out Rabbit Troupe's Treasures Are Miniscule right now!

Okay there are awesome records just pouring out of north jersey this month.  Etiquette is a band I've had the pleasure of playing with/seeing several times.  Every time I think the same thing 'Holy shit these guys are awesome!  I can't wait until they put out a record of these rad songs!'.  Well it would seem my wait is finally over (well partially, it won't be completely satiated until they record/release all their songs) because they just recently dropped their debut 4-song EP LET IT BURN.  It's everything I love about their live show encapsulated in an explosive little ten minute package.  Etiquette makes awesome pedal to metal songs that rock in all the ways my favorite HUM and Seaweed songs do.   You'll be hard pressed to not want to headbang or pogo along to this record.   I'm very happy these guys are making this music and very much look forward to their next gig.  Bring on the next record guys!  Until then LET IT BURN comes highly recommended.   CHECK IT OUT HERE! 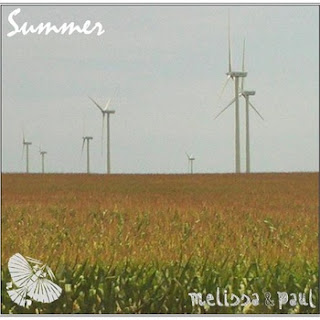 Our dear friends Melissa & Paul never cease to amaze us.  While we wait with baited breath for their forthcoming 10'' record M&P surprised us by dropping a new single entitled "Summer".   This song is an absolute fucking gem.  Beautifully crafted with an easy going tempo and a haunting melody,  this song creates serene images and warm feelings in this listener's ears, mind, and heart.  It swells to a glorious crescendo like a gust of wind bringing forth Melissa's gorgeous harmonized vocal "oooohs"  and is snuffed out only to explode again with an electrifying guitar lead.  As the song fades away this listener is left with many feelings but certainly one overall: satisfied.  Summer is a song where everything is in it's right place, wether it be Paul's extraordinarily tasteful beat that is refined to perfection only exploding when absolutely necessary or the quaint jangle of Melissa's opening guitar riff.  Summer may be in you heart Melissa but you and Paul are certainly in ours. We can't wait for your new record to drop.  Get Melissa & Paul's track SUMMER right now! 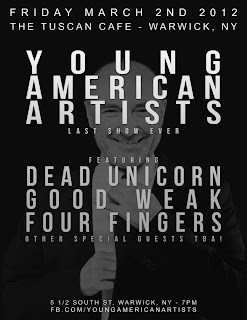 Well unfortunately our last bit of news is of a more somber tone.  NotRock is very fortunate to have had the privilege of releasing a Young American Artists tune on our most recent sampler compilation but it saddens our hearts to know they should and could have been our acquaintances much earlier.  What is more upsetting is the news that they will be calling it quits and playing their final show on March 2nd 2012.  Some bands overstay their welcome.  They trudge on and on into mediocrity and redundancy.  When these bands finally die there is a sigh of relief that the struggle is finally over.   The Young American Artists is not one of these bands.  Their presence among the scene will be missed and one can't help but wonder what another record by them might have been like.  Alas so far it seems we are not meant to know.  Do yourself a favor, make a trip to the Tuscan Cafe on March 2nd and show this crew the support they deserve.  This show is going to be one to remember with or without you so years from now when it's a thing of punk rock folklore, aren't you going to wish you could say "I was there"?  NotRock wishes the members of YAA the best of luck on all their future endeavors, music and otherwise.  Go to the show!  The info is here.  Get YAA music here.


Ok Kiddies that's all the news that's fit to print this month!  See you back here in 30 days or so (who knows maybe less).

Hope to see you at a show.  Speaking of which I'll leave you with a flyer that was mouse drawn by yours truly.
- John T. Fisher 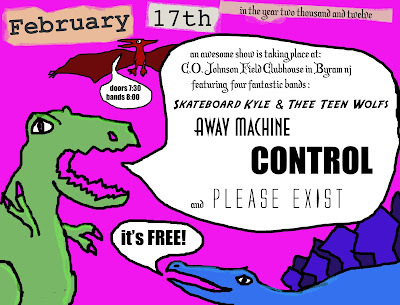 p.s. Can we get some legit snow up in here?  What the hell?  Punxutawney Phil saw his shadow and everything.