It's 2013 and we have lots of great things to tell you about! 2012 saw the major overhauling of our website.  Since then it has been tweaked and fine tuned many times and although this process will undoubtedly continue, 2013 will largely be dedicated to constructing a massive interactive data base compiling material from the depths of the NotRock archives and beyond.  This will include but not be limited to photos, videos, flyers, etc.  of all the bands who've had a place on our roster.  Some bands have left behind more artifacts than others (sadly some great treasures have been lost to the ages) but we will keep scouring the depths of the known universe to hopefully uncover more.  That being said, if YOU have some random treasure (it does not matter how insignificant you think it is) from yesteryear (a picture, a old VHS of a half a song from a NotRock band please do drop us an email and let us know. notrockrecords@gmail.com Until then brace yourself because the DATABASE IS COMING!!!!!!!! (uh slowly but surely)  AND NOW BAND NEWS: 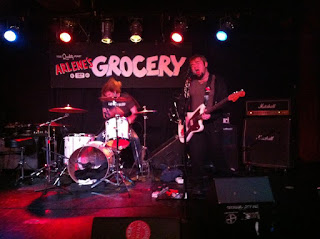 Please Exist is throwing a curveball ball at us folks.  While we patiently await them to finish their mega full-length they decided to go into the studio and track a brand new EP. We're told they are going full steam ahead with production on this thing and to expect it available for your ears in March.  So all of this means NR-039 is (As Of Now Untitled) Please Exist EP.  Lots more details on that soon.


Those who missed this years Holiday Comp Release show also missed the debut of fragmnts (Raul from Insouciant, Bonbomb, and Hank from Bonbomb).  In short, we were just plain blown away with what they were doing.  Words cannot do their music/live show justice so for now enjoy this video snip-it from one of their tunes.  We look forward to hearing/seeing much more from this band. 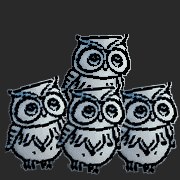 Ralph (of Please Exist, Feu de Joie, Do Nothing Machine, Numbskulls) is in a new musical outfit called Parliament Of Owls.  Details are a bit spotty at the moment but what we do know we are absolutely thrilled about.  Word has it they are about to enter the studio to record an EP.  Their first show is Feb 15th in ANDOVER N.J.  Don't miss it! In the meantime please do enjoy several practice videos they've posted on the youtube. 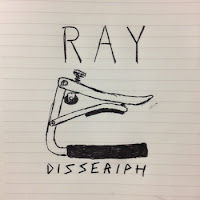 Without so much as a hint Disseriph released their first LP and boy is it good.  If you caught our November news post you'll recall us telling you about Disseriph's live show morphing from a man with an acoustic guitar to a man with an electric guitar with a backing band on an iPhone.  Right off the bat this may not sound too appealing but this is is Adam Kaniper we're talking about here.  Long ago we came to the realization that Adam does most things better than us or anyone we know. Most people just try to keep up. When it comes to making music this dude is on a whole other level and that's why it's so refreshing to hear a record that is 100% out of his brain played by him as he knows it should be played.  We've been awaiting this record ever since the Insouciant Circle Arrow EP.  In many ways this record picks up were that left off (with a few years more skill and maturity).  It sincerely does not disappoint.  If you haven't downloaded it yet you are way late to this party but don't worry we don't foresee it reaching maximum occupancy anytime soon.  It's a party for all to enjoy so tell your friends. 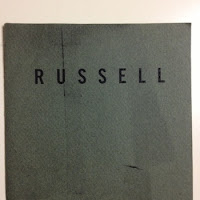 Our dear (departed?) nuclear-spaz-power duo RUSSELL has digitally released a 3-song EP  that was only previously available in a very limited run of about a dozen CD's. Russell may not be playing anymore but these 3 tunes on the "Book EP" will at least remind us of how incredible a band they were.  Their songwriting and playing is unparalleled.  We truly miss these guys with all our hearts and hope they will make more music/play some more shows some day.  Hopefully sooner than later.   We have a bit of live show video footage in the archives that will be a highlight in the above mentioned database.  Keep your eyes peeled for that.

Here's some great stuff we've been exposed to in recent months that you should check out ASAP. 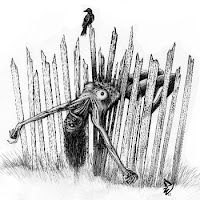 Hell Mary is a fairly new NJ band that is throwing down hardcore that explodes our eardrums in just the right way.  They've recently released 2 songs to stream off their forthcoming 6-song EP.  If the rest of the EP is as good as these first two tracks then this is going to be a doozy of a record.  The end of "Forever On The Fence" is so huge it's unreal.  Check it out immediately and keep up with their news/show updates and whatnot on their facebook page. 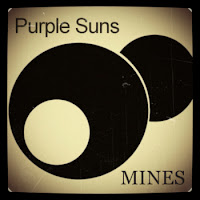 We've crossed paths with Purple Suns a couple times now and found their live show to be super enjoyable.  They recently released a 4 song EP "MINES" that rocks the way really good Soundgarden does.  There's a classic rock psych vibe but it's kept fresh and usually pretty damn heavy.  It's a total blast.  Recommended track: all of them!  But for some reason we are finding ourselves attached to "Any Animal". There's some really cool drum stuff going on in there.  If you have the means to see these guys live we recommend it. Keep up with their facebook stuff.  While you're at it check out this label/blog dealy. SPEAKERKICKER.COM 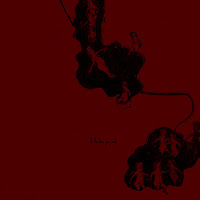 Patience EP by All The Hours You Wait is the last gem we'll tell you about in this post.  This record kind of caught us by surprise through a seemingly effective, viral, ad campaign and quite frankly we're glad it did.  This EP showcases 4 angsty, sad, angry intense, thrashing, pretty songs.  There's a lot of great stuff going on in these tunes. Beautiful and intricate guitar work often explodes into a fury of screams intense rhythms.  There's a lot that is reminiscent of early K Records band LYNC (and we mean this in a good way) and sometimes the vocals even recall the first Anniversary record (once again this is a good thing).  None the less we are digging this a lot.  This probably thrashes live.  Hopefully we'll find out.


Boy oh boy, that's all the news fit to print this month fellas.  We'll see you back here in FEBRUARY when we'll have more fabulous stuff to tell you about.  Maybe even a new band on the roster! Until then stay warm, be kind and take care.