May is wrapping up as this text is posted so we're here to give you some brief last minute intel. 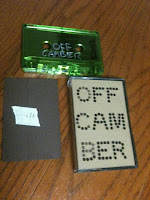 Our newest pals, Off Camber, have self released a 4-song demo tape that we urge you to check out ASAP.   Yes, we actually mean tape, as in the cassette variety.  You can obtain one of these craftily packaged hand-drilled, hand-numbered, hand-assembled tapes easily at one of their shows (check the SHOWS page people!) or for those that don't have either a time machine or a tape-deck, the demo is also available via digital download for your listening/purchasing convenience.  Please check it out.  The music will speak for itself. 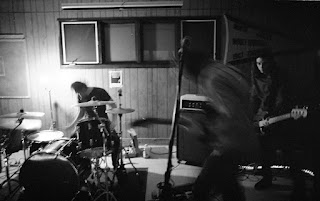 In a much sadder note, Insouciant, one of the longest running NotRock affiliates, one which we are most proud to have worked with, has officially declared that they are on indefinite hiatus.  They will continue to finish their latest record, which we assure you is nothing short of epic, and ultimately release it on NotRock as planned.  Until then we'll keep you up to date on the status of this magnificent recording.

In closing, we'd like to shift focus from musical notes to the written word.   Now granted, the header on this page says NotRock Records not NotRock Books so although this may seem out place, bear with us and act more like the open minded individuals we expect you to be.  Local author Patrick Roesle has tapped into the nostalgia of growing up during the heyday of the local N.J. music scene in his self-published gem of a novel  The Zeros.  If you grew up in a time when there was still an arcade (a good one) in the Rockaway mall and when every weekend it seemed like an awesome show was going on a mere stones throw away from your hometown then you'll want to check out this book.  In fact, you'll want to even if that isn't the case.  Roesle  takes the reader on a nostalgic journey through a decade  full of compelling characters that you'll swear are people you knew.  It's an incredible, brutally honest portrayal of real life and all the baggage that comes with growing up.  It is a story about dreams and the death of them.  It's a book that is worth your time.  So please skip the 50 shades of bullshit this summer and take a chance on a book that doesn't have the backing of a major publisher.  Not just because you should support independent artists but more importantly because this book is just well... really good.


That's all for this month kiddies.  See yah next month!