Hey kids July will be over in moments so here's an update, late as usual.

Hides A Well was in the studio last weekend, tracking bass and drums for their forthcoming debut full-length.  It went off without a hitch and thus far it sounds amazing!  There is no official title yet but it will bear the cat # NR-037.

If you missed all the facebook posts around July 4th then set your face to "HOLY CRAP!" because Insouciant released a long lost music video for their song America.   The video was shot a few years back a little after the release of "Fall".  The footage got shelved with several other incomplete videos and waited to be edited.  Performance footage was planned but never completed so John finally edited the video together as is and we think it worked just fine!   CHECK IT OUT!


Ok, next on the ol' agenda is telling you fine folks about some buddies of ours that have released new awesome music in recent months. 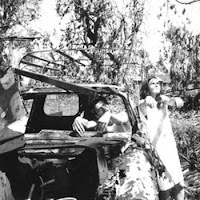 Atlas is a rad post-hardcore band made up of members from Control.  Check out their first EP: It's Haunting  Do yourself a favor and check out their live show.  INTENSE! 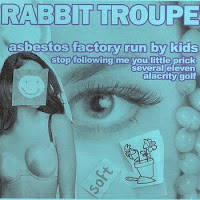 Rabbit Troupe our dear, dear friends have graced us with yet another gem of an EP: Asbestos Factory Run By Kids  As expected it's a must, and only three minutes long! 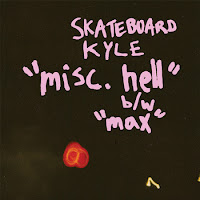 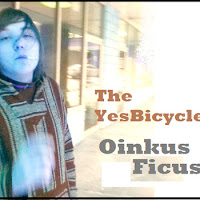 Last but not least is Yes Bicycle who recently dropped their debut EP entitled: Oinkus Ficus If you dug what Yes Bicycle contributed to the NotRock Holiday Comp 3 then do not waist another moment without downloading this EP.

Ok everyone, we reckon that's all the news we have for you this month.  There seems to be no shortage of awesome local music to tell you about so we'll see you back here in thirty with another dosage.
Until then take care and be happy.