Hello everyone and welcome back for yet another helping of NotRockage.  In this April month (by the skin of our teeth) of 2013 we bring you wonderful news from our immediate family and other local entities who are actively creating fantastic art. 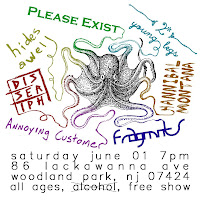 First out of the gate there's a great show coming up JUNE 1st that ANNOYING CUSTOMER is coming out of hibernation for and playing!  On the same bill will be Hides A Well, Please Exist, Disseriph, fragmnts, Young Legs, and Hannibal Montana!  This is a show that is not to be missed.  One never knows the next chance you might get to see Annoying Customer so do yourself a favor and clear your schedule the evening of June 1st!


Insouciant continues to work on their forthcoming ep.  Instrument tracking has been completed and vocals are slated for recording in early May.  More updates on that soon.  In the meantime a long lost song has surfaced from the mysterious era between Fall and Dresser.  Enjoy!


Hides A Well is finishing up work on their long awaited debut LP which as of now is slated for release in June.  The Hides A Well / Disseriph ukelele split ep is also coming along and expected to be released sometime in the summer months.

Speaking of summer,  in development right now is NotRock SAMPLER VOLUME IV!  It is in very early stages right now but expect it to up the ante from the last volume and hopefully have a summer release. 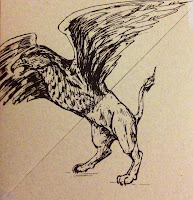 Off Camber has released their split 7" with Between Your Mind And Tongue. It contains three Off Camber jams and two from BYMAT.  Buy it or download it here.  Better yet go to one of their shows get it from them direct.  It has some crazy mad magazine-like fold in packaging that just adds to the awesomeness of this little bushel of dynamite.  (Awesome limited packaging is not included with the download version. iPod kids you're missing out.) 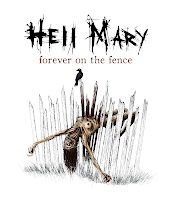 A month or two ago we posted about our friends and soon to be local legends, Hell Mary and their forthcoming debut 7".  Well, the wait is over. Their 7" Forever On The Fence has arrived and it is every bit as intense as we'd hoped.  GET IT!  It's 6 tracks of furious hardcore greatness that is not to be missed. Check it out and you shall not regret it however, be warned: placing the needle in the groove of this vinyl may cause explosions on eardrum and or planetary levels. 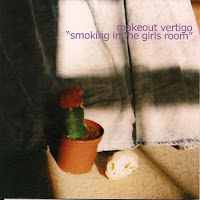 Rounding out our awesome local update this month is Makeout Vertigo!  Check out their debut EP Smoking In The Girls Room HERE!  It contains 4 sweet, jangley, indie-pop gems that will only leave you wanting more.  Our only complaint is exactly that: we want more! Here's hoping these kids will drop a full-length of like songs sooner than later.  Keep up the great work guys.  We love what you're doing and are officially along for the ride.


Well that's all the news that's fit to print this month (save that thing we wanted to tell you about but now can't remember what it was for the life of us).  Catch you back here in 30.  Until then create, be kind, and take lots of candy from strangers.