This month we will share some great stuff with you from the immediate NotRock family and the ever expanding scene elsewhere.

On June 20th the new Insouciant EP: Variable Resistor finally landed.   It is currently available digitally via their bandcamp site and a very limited number of physical CD's should hit the streets before summer's end.  Variable Resistor contains five songs, two of which are the last material Insouciant wrote together as a band, two redone classic tunes and one brand new one they arranged spur of the moment just for this EP.  NotRock is extremely proud to present this EP to you.  Please do enjoy.


While we're on the subject of Insouciant check out this official video for "Fall".  This was shot back in 2009 and sat unedited in the NotRock archives until now!  Directed, shot and edited by John.  There's at least two other videos that have yet to see the light of day. Keep your eyes and ears peeled for those but until then enjoy this one. 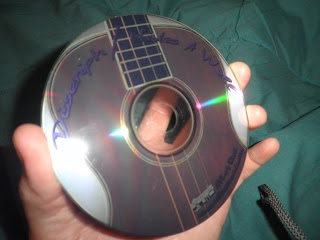 Hides A Well is a creative pot that is about to boil over this summer.  Coming any day now will be the Ukelele Split with Disseriph sporting 4 tracks total (two from each band).  The CD's (pictured) have arrived and the liner notes are undergoing the printing process.  Later in the summer we will see the LP, currently titled "From A Safe Distance" released  as well as "Temporary Tattoos"a five song EP/MAXI single! In Addition to this we heard rumor of some secret stuff that may or may not involve Beta Snake Records but we'll probably have more to say about that next month.  In addition to all this fun stuff Hides A Well will be releasing their first music video!  After many delays due to weather they finally (with the help of some nj celebrities) shot a video for the song "Secret Sitcoms" that will set the bar pretty high for future NotRock music videos.  We can't wait to see it and share it with you!


As previously mentioned the next installment of the ongoing Sampler series, VOLUME IV, is underway.  Submissions are already rolling in!  It's a little early to divulge any of the fine contributors of this new Comp but as of now it looks like it's going to be the largest number to date! More on that next month!

Awesome pop-punkers Fox Reactions from central jersey recently dropped a five song EP that deserves your attention post-hast.  This is the kind of fun punk music that people don't really make these days so it is a very welcome addition on the old aiwa stereo system. Makes for a great sing along while driving record or a great anytime record for that matter.  Check it out.


Late Night Beers is a cool band that has emerged in the scene this past year.  They just released great little 3 song EP that was recorded by our pal Sara Kosa.  This EP has a somber mellowness to it but it still rocks.  It's just a really nice, well-crafted bunch of songs.  Here's hoping this is just the tip of the creative output iceberg for Late Night Beers because we are digging what we hear and really want to hear more.


Ok a couple of months ago we posted about Purple Suns.  It appears their productivity did not stop with the EP they released only a couple months ago.  Evidently they already have a new record well underway with a new song up for your listening pleasure.  It's heavy as fuck like the perfect spawn of Sabbath and vintage Soundgarden.  We CANNOT wait to here the rest of this record!

On that note, if you haven't already you should really check out Speakerkicker (Tanmay from Purple Suns' label, collective, blog).  The Speakerkicker folk have been doing cool stuff supporting and promoting the nj scene for a long time now.  Recently they did a great interview with Paul of Hell Mary and... 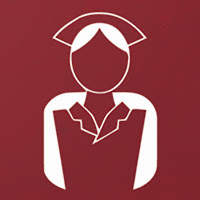 Bedside Manner is something that I reckon we've talked about in the past but we never give them as much attention as they deserve.   We like to think of what we do here at NotRock as one big family collective.  Bedside Manner are our brothers and sisters.  They do a lot of great things in the NJ scene promoting bands and music related  happenings.  They release great records and with the help of a few others they put on fantastic local sunday matinee shows. So please if your taking the time to read this go over to their site and check out what they've been up to.  Follow them on the facebook and all that because they've always got something to offer.  We are happy to be affiliated with them and we're just plain happy that they exist.

Trust Fall is a phenomenal band from Virginia that we had the pleasure of seeing the other night.  Their music is an intense, melodic post-hardcore that is absent from anything we've seen going on in NJ.  Their live set was so full of energy and intensity it made us forget about how tired we were and how disgusting the walls and floor of the Meatlocker are. Highly recommend.  They're on tour throughout July.  Try to catch them if you can.  We're certainly glad we did.


Lastly but certainly not least our pals Atlas (if you don't know who they are stop slacking and do some damn research) not only blew us away at their show the other night but are finally releasing a proper EP.  The release show will be on July 19th (also playing: Please Exist, and the above mentioned Late Night Beers) It would behoove you to be there.  We certainly wouldn't miss it. Enjoy the fun EP teaser trailer they made below!


Ok kids that's all the news fit for this month!  That was a long one!  Here's hoping the rest of the summer is that news worthy.  Until then, enjoy the weather, support the arts and tell someone you care about how much they mean to you.  Take care,  and be kind. See ya in 30.
- J.T.F.
at 10:43 AM